Good Prepper Fiction is not just entertainment, it performs a vital function for preparedness. It helps visualize abstract thought. You can tell a lot about the prevailing thoughts of the time the book was written, and of how the author thinks his chosen scenario will play out. 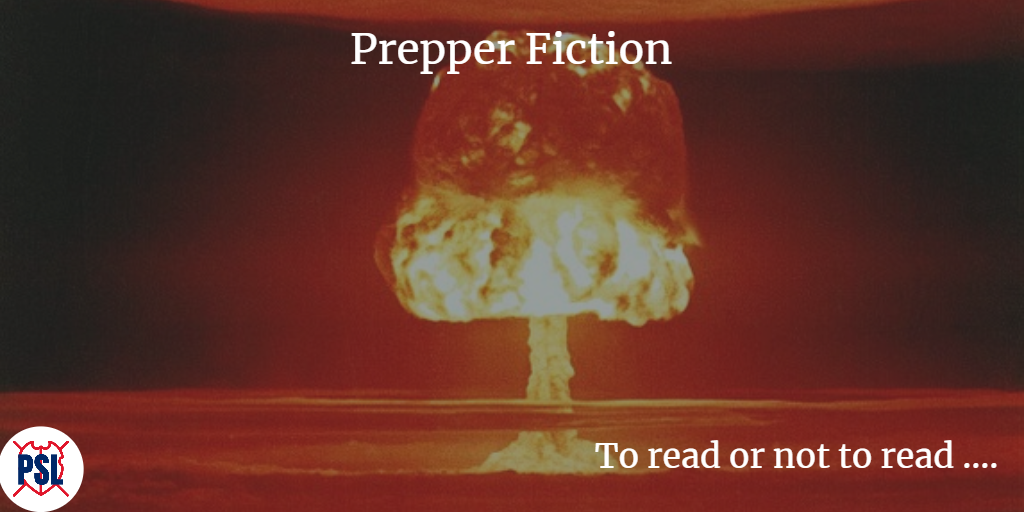 All Roads Lead to The End

There are four broad approaches to Prepper Fiction:

There are fewer endings to Prepper Fiction:

Some of the suggestions (strictly based on what we have read) are listed because they represent the genre so well they have become classics works of fiction of that particular catastrophe or they are just plain good reads (according to many, many reviews). Some, however, are clearly not classics.

This type of post generates many comments, we all have favorites which make sense to us, I’d love to read those comments.

Some of these entries have their own review post, we will link those.

Remember these are works of fiction.

The internet is full of resources about prepper, survivalist, apocalyptic, and post-apocalyptic fiction. This Wikipedia article is a great start.

Why it all Ended

The US, most of the time you can infer that the rest of the world is also in some sort of horrible economic tailspin, is in the red. This leads to the classic social breakdown, riots, looting, killing, heroes, villains, and hunger, always hunger.

An atomic age bogey man, fictionally horrible and factually confusing to all but some Physicists and Military experts. It does make for great fiction.

The old white horse, rocket-delivered, plane-dropped, mushroom cultivating destruction and death. This danger is still out there and without it, there would be no EMP or hellacious fallout for fiction to scare the snot out of you.

The little thing is sometimes the biggest or in these stories the worst ever. Pandemics spread and spread, but start with just the one person, maybe you were perving in a forest and rubbed a bat on yourself, next thing you know your head is the size of a melon, it pops and you spread some disease.

You will com across prepper fiction, and fall for the stuff you can imagine yourself in. Maybe you enjoy strong characters, or infodumps, or tons of information on firearms. It’s all up to you. In the end, you would have spent your money on a story on a subject that you’re interested in.

Some of these novels can teach a lot, but none are textbooks. Take what you can from them carefully. Make sure you don’t allow the fantasy of the novels seep into the reality of your preparedness plans.